Solo Shuffle is a rated PvP activity in World of Warcraft that players can purchase on PlayCarry site. In the previous expansion, Solo Shuffle was weakly rewarded, but in Dragonflight it has finally become rated with valuable prizes! From now on, after buying Solo Shuffle boost, gamers receive more Conquest points, titles, seasonal Vicious mount points, rewards from the Great Vault, and other rating rewards.

After the success of non-rated Solo Shuffles in World of Warcraft, Blizzard admitted that it helped them collect important data, features, and solve many problems with the single queue system. Entering any rated PvP activity without premade-parties was impossible, but now WoW gamers can queue by their own and achieve their goals without any help! But how to earn maximum possible profit from the Solo Shuffles in Dragonflight with small PvP experience? PlayCarry has an answer!

The vast teams of PlayCarry boosters are working everyday to help WoW players with fulfilling any demand in both PvP and PvE. Lacking the knowledge of certain classes in PvP? Don’t like the mechanics, but want some rewards? Solo Shuffle carries are getting more and more popular after the appearance of rating, so don’t miss your chance to be among the first players who earned new titles and rewards!

Due to the specificness of Solo Shuffle, it is only possible to carry in Piloted boost mode. Unlike a lot of other services, we are honest with our customers: account sharing boosts are always a little risky. Despite this, our boosters do their best to make carries as safe as possible. They never communicate with anyone in the live-chat and keep your character invisible for guildmates and friends. The safest VPN is also provided.

Just like every other rated PvP content, Solo Shuffles will now provide a lot of good and unique rewards. For example, players can farm their Vicious saddles and mounts without spending time on looking for a good PvP team. That’s why any Solo Shuffle boost grants you some decent progress on obtaining it! Besides that, farming Conquests and Honor is now possible on Solo Shuffles as well, so this is also a good addition for a carry.

There are plenty of achievements for participating and winning Solo Shuffle. Some of them result in obtaining unique rewards! Here are some examples of obtainable achievements :

Supreme Soloist is rewarded with the title Soloist. Also, similar to Gladiator on Arena, and Hero of the Horde/Alliance on RBGs, there is a reward for reaching 0,5% of the Ladder and winning 50 more games on that rating. This rewards an amazing title Crimson Soloist. Our boosters can easily perform this kind of carry and let your character show off those results!

Solo Shuffle boost service is getting more popular everyday, as new players contact us with different demands and goals. With an individual approach, we discovered some of the most common things that lead gamers to purchase Solo Shuffle Carry in WoW.

Don’t worry if your class or spec falls out of meta, any character can get the best results in good skilled hands!

Rogues have always been one of the best PvP classes during all WoW history. The only thing that changes every expansion is which spec is meta, and which one is not so good. In Dragonflight, Rogues have been balanced and now are available for all playable races, so we are expecting a lot of gamers to switch their main characters to this class.

Surprisingly, Death Knight is one of the best DPS classes on Solo Shuffles in Dragonflight.

Priests are usually great in both DPS and healing spec. We highly recommend choosing this class to enjoy any content. Of course, casters are harder to carry Solo Shuffle with, so contact us to boost your Priest fast and easy!

Druids are oftenly on the top of both PvP and PvE meta. Though, since it’s the beginning of Dragonflight, some of druid specs are overpowered, and may be balanced really soon. The current tier list of specs looks like this:

Evoker is a new class with unique mechanics. It only has 2 specializations, which look pretty good on Solo Shuffles at the moment. As we all know, when Blizzard adds a new class, it usually is really strong. The last added class, Demon Hunter, is still on the top of PvE and PvP ladders, so we are expecting Evoker to be just as good as DHs.

Warriors have a very noticeable difference between specialities. Depending on spec, this class can be either very good or very bad. Of course, a lot depends on the skill, but there are some reasons that make particular spec worse. But don’t be sad! PlayCarry has an individual approach for each character, and we will make sure to perform a good boost for everyone.

Paladins are a controversial class. Players have different opinions on palas, and while one part of the community says it’s great and has to be nerfed, the others are saying it needs to be upgraded due to being weak. Here is our opinion on paladins:

Mages are mostly good on Solo Shuffle carries, the only problem is that this activity is mostly oriented on melee classes. Still, picking a mage is a good choice for players who know tactics and positioning against any comp. Besides, there is a big difference in each spec, so make sure to start training on the right one, or simply leave it to our boosters!

There is not a lot to say about Monks. Many players enjoy all 3 specs and perform really well. This is not one of the characters that is good by itself, and without a good skill monks are rather useless. PlayCarry PvP boosters mastered all Monk specs a long time ago, so contact us to achieve any of your goals!

Warlocks are going to be really good characters to carry Solo Shuffles. What’s really important for all specs is that there should be few builds for different situations on shuffles, and this is essential for all Ranged DPS players.

How to queue for solo shuffle

Queueing for Solo Shuffle is similar to LfG and LfR dungeons and raids, but in the Rated PvP tab. Just like in LfR, there is a requirement for minimum ilvl. Lacking gear on your character, but want to try it? Contact our support team to help you prepare for Solo Shuffle boost and farm the needed ilvl!

Can you queue Solo Shuffle as team?

No, it’s Solo queue only. This is the main idea of that content, to randomize the process as much as possible.

Are titles available for Solo Shuffle?

Sure thing, just like any other rated PvP activity, it gives unique titles, like Soloist, for example.

How to win Solo Shuffle?

A WoW player needs to win 3+ rounds of Solo Shuffle to win. There are 6 rounds overall, during which teammates are tossed with each other. The more rounds you win- the more conquests are granted. 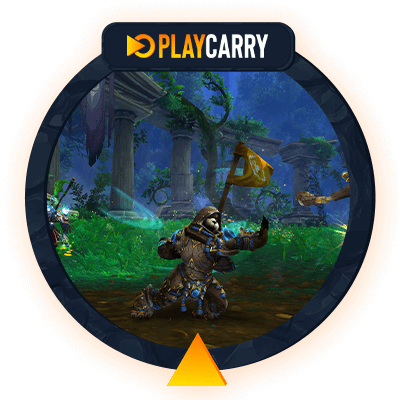