For The Horde! Is a world PvP achievement. You’ll have to slay Alliances leaders right in the middle of Alliance major cities. This task cannot be done solo, you’ll need a raid group. And maybe a couple of raids, if Alliance will try to defend their leaders. Most of the time they do, so you are in for a fight.

List of achievements included in For the Horde! in WoW WotLK:

Gnomish leader is not on the list for some reason so you’ll only have to kill Magni Bronzebeard in Ironforge. As a reward for completing For The Horde! Achievement you’ll receive Reins of the Black War Bear.

There are no guides for For The Horde! achievement in WoW WotLK simply because there is only one way to do it- gather as many geared people as you can and storm into enemy capital, fight your way to faction leader and slay them. But as we mentioned above, there’s some many things that could go wrong, starting with wipes on lvl 80 elite guards or dying to Alliance defensive raid groups.

You’ll need a hell of a PvP raid group and PlayCarry knows where to get one – just get our For The Horde! boost and we’ll deliver Horde wrath to all Alliance leaders with you. 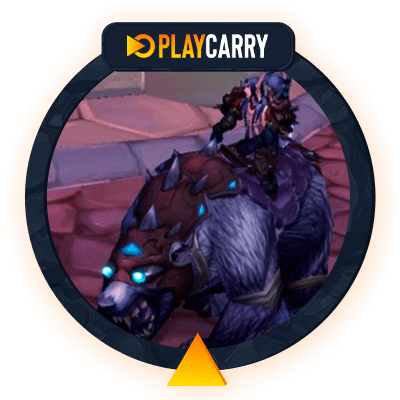