As you can see there are both Horde and Alliance zones on the list so you’ll have to be careful, other players will surely be after the same flames as you and might not like you messing with their faction bonefires. The achievement is pretty straightforward really, the only downside is the amount of running you’ll have to do all across Eastern Kingdoms, without flying mounts as well. 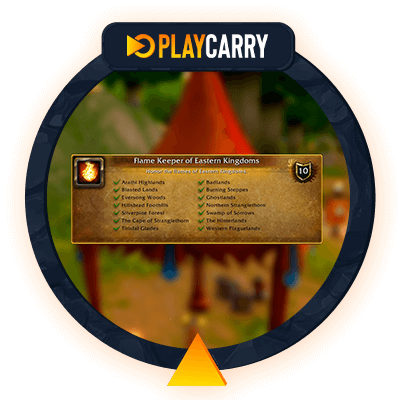