An empire in the underbelly of Northrend, Ahn’kahet: The Old Kingdom, remnants of the once mighty Nerubian Empire. Fun fact – One of the regions of Azjol-Nerub is Ahn’kahet. That’s how massive this empire once was! In such an enormous instance, getting stressed out or lost is easy. Let’s make this dungeon easier for you with our Ahn’kahet boosting service.

Where is Ahn’kahet: The Old Kingdom?

Looking for Ahn’kahet can be tricky, but it can be found in the Pit of Narjun in the Dragonblight at the end of a grand hall. The exact coordinates are 28.39 and 51.68.

Other than the instance being on a more severe difficulty, players can complete a daily quest in this dungeon and a one-time turn-in for killing the last boss on heroic. Heroic mode also offers a much better experience for those looking to gear themselves up before raiding, Featuring potential 200ilvl gear upgrades.

How and where to buy WotLK Ahn’kahet boost?

This boost is a service right here at Playcarry. Players can purchase our carry and start immediately from the store page.

What level can I enter WotLK Ahn’kahet?

Players can enter this instance with a level as low as 68. Need help getting to 68? Try our Powerleveling service!

What quests are there for Ahn’kahet?

Funky Fungi and The Faceless Ones are our baseline quests for this dungeon. With a level requirement of level 76, these quests are most likely something you want to return for. Heroic mode features two daily quests for completing the dungeon and burning an Ahn’kahar Watcher corpse. 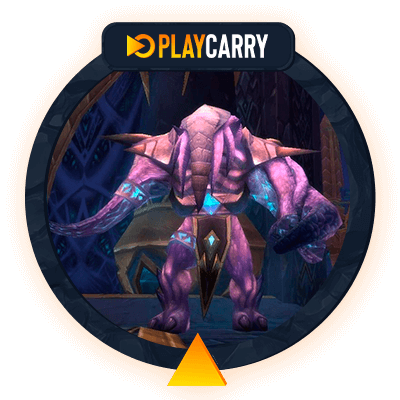