In WoW skinning is the most focused gathering profession. After collecting Leather and Hides from mobs, skinning allows Shamans, Hunters, Rogues, and Druids to craft their own gear.

In WotLK Blizzard added endgame skinning items that you can trade directly – BoE, epic and rare leatherworking patterns. Using these as currencies and for crafting potentially guides exorbitant prices on the auction house. It might turn into a considerable profit, the size of which depends on your server’s economy.

Short guide on skinning in WotLK

The whole process is going to be about a long and not always entertaining farm. To begin you need a skinning knife and learn apprentice skinning in any capital city and you’re ready to go.
The skill required to skin a mob is determined by multiplying a mob’s level by 5. With this in mind, leveling skinning becomes simpler and possible to be done virtually anywhere in Northrend with Beasts, Dragonkin, and select Undead. All you have to do to level skinning is calculate and grind. Even though it sounds elementary, leveling your profession in WotLK, especially skinning, might be quite exhausting and time-consuming to get to 450 skinning skills.

After looking at any most detailed skinning guide, you realize that even knowing the hotspots in the best locations to level skinning in, it still requires a massive amount of time and dexterity. However, PlayCarry and our professional players, who were already good at this back in 2008 are ready to help! Our boosters take over not only the entire tedious grind but also will speed up the leveling process. We ensure you enjoy skinning benefits in WotLK as soon as possible! 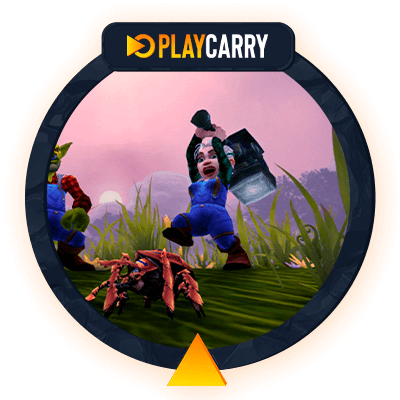