WotLK Classic has brought back much of the beloved content many of us missed. Naxxramas was originally in Classic World of Warcraft but has been brought back for WotLK. Featuring a hefty 15 bosses, yes 15! This raid can take some groups hours or even days to clear. Let’s turn potential hours and days into just a few hours with our WotLK Classic Naxxramas Raid carry!

There are tons of potential rewards to earn, such as:

What is Naxxramas in WotLK Classic?

Naxxramas, an ancient Nerubian ziggurat, was ripped from the earth by Lich King operatives to serve as Kel’Thuzad’s hub of operations as he spreads the plague across Lordaeron.

Due to Kel’Thuzad’s consistent intrusions of travelers from every culture and nation into the Scourge-controlled Plaguelands; as well as fighting a war against the Scarlet Crusade, the Argent Dawn, the Forsaken, and the humans of the Alliance, his forces have been severely levied to maintain the safety of his necropolis. However, now that the gates of Naxxramas have been opened, Kel’Thuzad’s fresh soldiers are quickly wiping away all opposition to the Scourge. The instance is divided by four wings that, when completed, provide entrance to the Frostwyrm Lair. Spider, Plague, Deathknight, and Abomination are the first four wings in escalating difficulty. Raiders can choose their way to the final lair; progression is not linear.

What is Naxx 25-Man in WotLK Classic?

This includes but is not limited to:

While the rewards are excellent, 25-man has a drawback, MUCH more Boss HP and harder-hitting mechanics!

How does our Naxxramas boost work?

Just like any of our other services, this is a mostly piloted boost.

Is there an attunement for Naxx in WotLK Classic?

With the release of WotLK Classic, Attunement has been entirely removed from every instance. However, ” keys ” are required for specific instances that at least one party member needs, but these keys are effortless to obtain.

Why did Naxx return to WotLK Classic?

Players rescued Kel’Thuzad’s phylactery from vanilla Naxxramas, but it was given to a traitor working inside the Brotherhood of the Light, Father Inigo Montoy. He was converted into a lich after returning the phylactery to the Lich King for resurrection.

Where is Naxx now in WotLK? 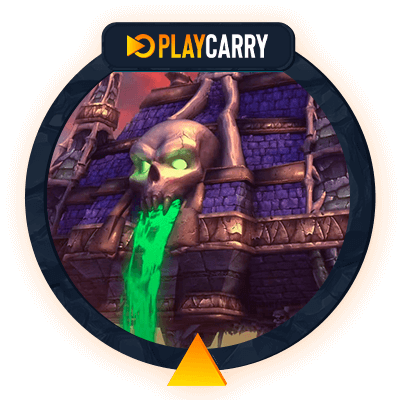