Vault of the Incarnates Mythic

Vault of the Incarnates Mythic boosting is a service that allows your character to complete the hardest difficulty in World of Warcraft Dragonflight 1st raid. Raiding is the hardest part of WoW PvE content, and Mythic difficulty is the ultimate challenge.

Raids are the source of the best PvE gear in World of Warcraft. Vault of Incarnates Mythic in WoW Dragonflight will drop 415-424 item level gear which will be the best in slot Dragonflight season 1 equipment. Starting from the 4th boss, you’ll have a chance to get a class tier set for your character, extremely powerful in PvE. And as always, as a reward for killing the final boss in Mythic difficulty you’ll get a unique mount. In Dragonflight this reward was changed, instead of a mount you’ll get a manuscript that will open a customization option for Renewed Proto-Drake mount. This manuscript will make your Drake look like Raszageth, final boss of Vault of the Incarnates raid.

Vault of the Incarnates Mythic is the hardest challenge you can face in Dragonflight season 1. Most players will only be able to beat the first 2 or 3 bosses and won’t be able to deal with other ones. With our Vault of the Incarnates Mythic boosting services you won’t have any problems with beating the entire raid and getting the best PvE gear possible.

Buy Vault of the Incarnates Mythic Carries on EU and US

Main reason to buy Vault of the Incarnates Mythic carry is that most of the players will never be able to pass 2nd or 3rd boss. Unlike LFR, Normal or Heroic difficulty, Mythic adds new mechanics or even phases to a boss fight, making it incredibly hard to beat. Getting a boost solves that problem. Our professional raiders are ready for the challenge, they know what to do, have best in slot gear and are ready to help you out defeat all bosses.

We offer only high quality and reliable services. Our professional raid groups will train on Heroic and Normal difficulty before starting Mythic runs to make sure we’ll be able to provide a full raid boost. They’ll have great gear, skill, tons of consumables and years of experience behind their backs.

All those factors are letting us offer our customers a fair price for such a hard boost on both EU and US servers. Piloted boost will be slightly cheaper than the Self played version. You can also buy additional options, such as:

This option will increase the amount of loot you’ll get from the run, guaranteeing you a certain number of items. You can choose your class and specialization to make sure the gear you’ll get will be BiS for your character.

You can select only certain bosses instead of a full run. For example, you can only get the last boss kill, which will be cheaper than a full run.

As a rule, every single Last boss on Mythic difficulty in WoW drops one mount. In WoW Dragonlands Blizzard changed it a little bit. Instead of the mount, you’ll get a manuscript that will change your Renewed Proto-Drake mount to look like Raszageth, last boss of Vault of the Incarnates raid.

There are 8 bosses in total in Vault of the Incarnates. First 4 bosses drop slightly lower item level gear, 5th and 6th boss drop a bit better one and 7th and 8th drop the best possible items. Mythic Difficulty offers much better gear than any other raid mode but it is also significantly harder.

424 item level gear from last bosses are the best you can get in WoW Dragonflight. For example, Mythic+ keystones offer 405 ilvl gear for completing +19-20 runs. Loot from the last 2 bosses in Vault of the Incarnates Mythic raid are almost 20 points higher than the best Mythic+ rewards. And last bosses of each raid are typically dropping the best armor and weapon items available for the season. With our Vault of the Incarnates Boosting service you’ll be able to get your hand on the very best gear in WoW Dragonflight season 1.

The amount of loot that is dropping from a Boss in WoW Raids typically depends on the number of people in a group. That is not the case for Mythic diff, because you can only have 20 people in a raid group. Every boss will drop 3 pieces of gear randomly distributed among raid members. This is classic “Personal Loot” rules in WoW since Legion expansion. You are guaranteed to get from 1 to 3 items for a full clear. This number can be increased with our Loot Funnel aka Traders additional option. We’ll add personal traders to the group and they’ll trade you everything they’ll loot during the run. All the best armor, weapons, trinkets and class tier sets in WoW Dragonflight season 1 available for you with our Vault of the Incarnates Boosting services.

How much is a Mythic Vault of the Incarnates Carry?

Price starts with $49 but will depend on the options you’ll choose, number of bosses, gear funnel etc. But we can guarantee the cheapest price on our services and the best quality.

How many items will I get?

It will depend on what looting option you’ll pick. Standart “no loot funnel” run gets you from 1 to 3 items per full clear. But you can increase that number to 15+ with our Loot Traders option. 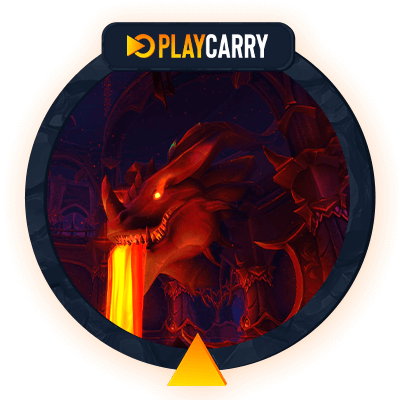