The Immortal achievement in WoW WotLK requires you to kill all bosses in the 25-man version of Naxxramas raid dungeon without letting any of your raid members die during any of the boss fights. As a reward you’ll get The Immortal title.

The Immortal achievement guide and tips, is there any?

To be honest it will be hard to come up with some sort of guide for The Immortal achievement. The only tip we can give is – don’t screw up. After starting your run and killing the first boss you’ll only have one shot at it, if some of your raid members dies during the boss fights you’ll have to wait for a week to try again. Note that dying on trash mobs does not count, so don’t worry about Patchwerk’s slime challenge.

Most problematic bosses will be:

All 5 of them can kill someone with ease, especially Thaddius, who can wipe out your entire raid if someone lags out or simply fails. So in order to complete The Immortal achievement you’ll have to perfectly execute every single boss mechanic in Naxxramas. Or you can buy The Immortal achievement boost and complete this challenge with one of our professional raid groups, they’ll know what to do and will get everything done in no time. 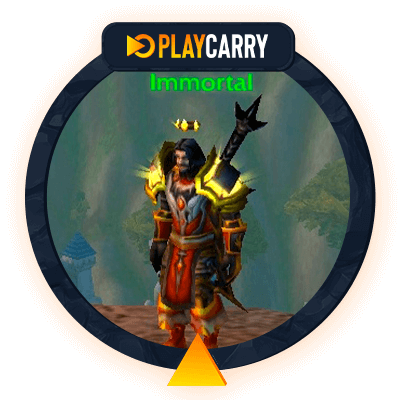