The Sons of Hodir

The Sons of Hodir are a faction of frost giants in Storm Peaks. Unlike other factions where you’re neutral from the start, The Sons of Hodir begins from the status of “hated.” Skip out on all the tedious mob grinding and Ulduar relic farming with our WotLK Classic Sons of Hodir Reputation boost. Make the stress of constantly farming a thing of the past, and let our top players do it for you! Featuring an abundance of rewards and achievements, The Sons of Hodir is a solid rep farm for any player.

How to farm Sons of Hodir Rep fast in Wrath?

Players must complete a series of objectives to gain a reputation with Sons of Hodir. It starts with a quest called “They Took Our Men!” given by a goblin NPC named Gretchen Fizzlespark, coordinates 41.0 86.0 in the Storm Peaks. The fastest way to farm this faction is with our reputation-boosting service. Our team is dedicated to finding and executing the quickest and most efficient routes possible.

Who are The Sons of Hodir in WotLK Classic?

Long ago, the titans produced “seed races,” including giants, to watch over Azeroth alongside observers. The Sons of Hodir, in particular, made friends with Titanic watcher Thorim, who later married Sif. Thorim’s brother Loken murdered Sif after succumbing to the depravity of Yogg-Saron and duped Thorim into believing that King Arngrim and the frost giants were to blame. Thorim flung his hammer, Krolmir, in a moment of Wrath, triggering a tremendous explosion known as Thunderfall. While Thorim succumbed to despair and remained in a coma for an unknown number of years, the Sons of Hodir were taken aback by such unexpected treachery. Years later, adventurers traveling to Northrend to confront the Lich King will finally cross paths with Thorim due to a chain of circumstances. Thorim, who has subsequently learned the truth about Sif’s death, awakens from his coma and intends to confront Loken. For that purpose—and to atone for his past transgressions, Thorim enlists the assistance of adventurers to recover the faith of the Sons of Hodir.

What is our Sons of Hodir reputation farming service?

Mob grinding, relic farming, and daily quests can all be stressful and tedious things to do. The Sons of Hodir farming service is a piloted boost offered on our store. Simply:

Where is the Sons of Hodir Quartermaster?

The Quartermaster of this faction is Lillehoff, an NPC located at the coordinates 66.0 61.4 in the Storm Peaks.

How to get Ice mammoth mount in WotLK Classic?

This mount is a faction reward for players who have reached Revered and Exalted (For the Grand version). The mounts are faction based. 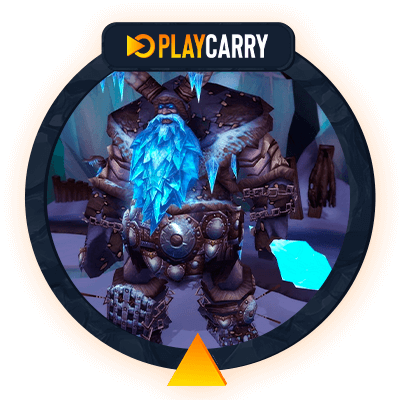 Add to cart
Hero of the Horde

Add to cart
Hero of the Alliance