Loremaster of Northrend in WoW is the ultimate quest achievement tied to WotLK expansion. It is a part of The Loremaster’s grand achievement. In order to complete this one, you’ll have to do quests, a lot of them, in every single zone of Northrend, grand total of 875 quests.

After completing each zone you’ll be rewarded with a small zone-related achievement, here’s the list of all of them:

Since its quests we are talking about here, you can expect a few rewards from completing it:

875 quests is a big number, but not for us. We’ll get it done in no time, quick and easy, get one step closer to The Loremaster achievement today with our Loremaster of Northrend boost. 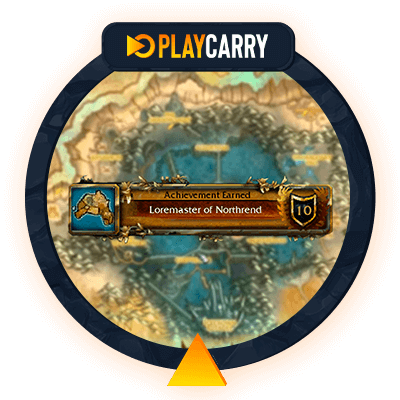